“What a great problem to have!” This was said to me many times in the face of lines out the door, lines before we opened complete with a full parking lot and 30 orders on the board at dinner. On this side of the counter, the surge is daunting – often overwhelming but we innovated our way to handling volume we didn’t believe possible. We had several aces in the hole: an absolutely committed, resourceful, intelligent team, innovation and international workers. Without any of these three components, our second summer could have been a disaster. But it wasn’t. It was glorious! 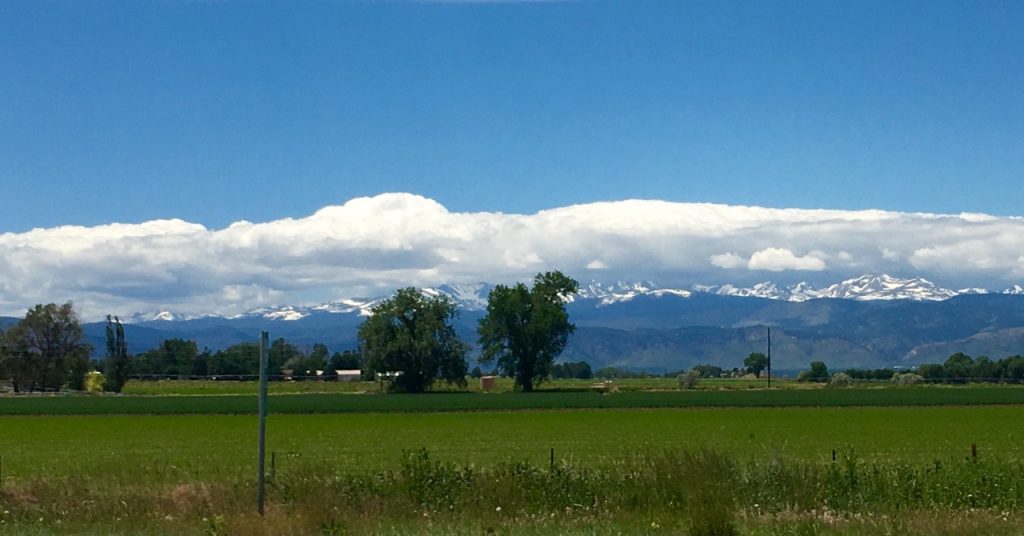 Innovation is the difference between work and discernible, quantifiable progress.

The host kiosk was added just in time! Shortly after its arrival, we received a call from Food Network Magazine asking for photos of our food for an upcoming feature on the best restaurants in Rocky Mountain National Park. We were already in the top 3 Estes Park restaurants on Yelp and Trip Advisor so this cemented the notion that our popularity was no fluke. What an honor. Antonio’s was only a year and a half old!

And in the people came – in droves. This exposed other flaws in our workflows that needed immediate attention to handle the influx of people. Stronger ovens, better prep tables, a better mixer, new processes, smarter, more timely prep before rushes and on and on. Plus we needed more help! This town is notorious for it’s shallow workforce pool and I hadn’t previously seen international students for the ray of light they are. Sure there were communication, cultural and language barriers, but we overcame it with genuine care for our people and customers. They rose to the occasion and we formed some of the strongest bonds I’ve ever seen. When men and women cry because they are going home and their bosses do too, the bonds are very strong. One of the best things we ever did was have dinner as a group every night. As an Italian, I really missed the camaraderie of friends and family at meals and with this new group we restored that. On each of the weekend nights, we had a different ethnic food. Fridays were the foods of Uzbekistan, Saturday was Czech Republic, Sunday was Jamaican or any mix thereof. The pride in these young, capable men and women when making foods that represented their countries was intense. We came to love all these variations and cherished weekend nights as much as the students loved sharing their foods.

American workers remain elusive despite great pay, health insurance and a caring, nurturing environment. Estes Park is expensive for workers and housing is difficult to find. It’s like New York but not as expensive. In NY, there are so many people available for the same job, you are able to find those with work ethic easily. I’ve discussed this at length previously and nothing has changed.   Some of the International workers are or will become US citizens and are moving here to work for they have seen the opportunity that the USA offers. Not just money, but opportunity to create their own businesses and fulfill their drive to succeed. Most of them were 3rd year university students, a few were Masters degree students and two were PhD in biomedical engineering. Speaking of education, our full-time staff of only 5 Americans has about 700 college credits… In a pizzeria adjoining Rocky Mountain National Park. In Colorado. AND ALL ARE FROM NEW YORK!  That is really something when you think about it and the same reasons underly our moves from New York: the beauty of nature, opportunity and a love for wildlife. Lastly, I cannot express the depth to which we miss our friends Sheneil, Alliyah, Krystal, Rustambek, Martina, Katie, Komiljon, Petr, Tomas, Adam, Madina and Sardor. Their smiles, their drive, their desire to learn and master any task. These are attributes I respect immensely. It will not be too soon that they return. When someone works up until their last minute just to not leave you short, you know they have your back. Blessed are we.

Back to the innovation: how do you cook 30 pizzas in a 16 pizza oven? Good question. It took a while, but I saw the parallel between the wood-fired brick oven and the newer deck ovens that have bricks above the pizza as well as below. These deck ovens act similar to a wood fired oven in the way the pizza cooks just at a lower temperature. After much due-diligence, we bought one and it outperformed our original beautiful stainless oven by a large margin. Ah-ha! A deck oven is only second to a wood-fired in heat. Higher heat changes taste profiles but it also can destroy any wet vegetables by forcing them to release all of their water. Can you say swamp? Let’s just say the answer to my question at the beginning of this paragraph is to combine the cooking between the two ovens which is also unheard of. Two years later and we are still filled with the wonder that leaves no stone unturned in the pursuit of excellence. In addition to the wonder, there are people who actually know the answers and I would like to thank them individually: Tony Gemignani for taking my calls and texts at all hours and imparting knowledge on me that is cherished, and Tom Lehman, the dough doctor for answering my questions regarding mixers, sheet pans and dough itself in great detail. Tony asked me to pay it forward by helping others and I already have. Thank you both.

You cannot get here without great people who value whatever you make or sell and we have them in droves. There were nights where we screwed up their pie trying something new that failed but they never left. They didn’t beat the shit out of us in a review like some of our competitors and their people did. They came back the next week and we bettered the prior result. That’s what perseverance is. Don’t stop until you get it right. Everyone on our team qualifies as a pizza zealot. It has to be right, period. Thank you all for the opportunity.

A big thanks to some very special people: Kerri, Barb, Chris and Maggie, Rik, Dave C,  Scott McD and family, Crossroads Ministry, Victims advocates, Aaron from the Barrel, Aaron from Fire Mountain, Carissa and Josh, Ben, Joe, Dave, Ladies from the Elkhorn, Chris, Dave and Chris, Stephen and his boys; all those who bring their families in, people we’ve never met who are always chiming in on Facebook, Vicki, Sondra, Ron G and all the rest for the support; folks who drive up from Loveland, Parker, Denver, Nunn, Brush, Laramie, Texas, Nebraska, Kansas, Montana, and a big hug to Laurie D. for the love, goodies and energy you bring when visiting. To all those who refer us in the lodges, buses, trolleys, downtown, we love you and appreciate it. Seeing the same faces every week or so means we are meeting their needs with a quality product and I revel in saying hello to our regulars.

We are grateful for everyone who has given us a shot. To the restaurant owners who have lent a hand or an employee or toppings, we are here for you as well and will not forget.

A funny story regarding the Estes Trolley: one day, mid-summer, the power went out downtown and we were one of the only restaurants with power. We heard about it right away, then the Trolley began dumping 30-50 people at a time at our doorstep. At one point, there were well over 120 people outside waiting for pizza. What an opportunity! We got to an hour and a half wait and used every piece of dough in the entire store and we have two days worth on hand. There came a point where we would see the trolley again and panic. What a day!

Growth has brought success, failure, envy and sharks. The success is apparent by the crowds and the fact that we are only need to be open a few hours a day; it comes in the reviews and words spoken directly to us on a regular basis. Words like: “this is the best pizza I’ve ever had and I’m 82 years old”; “we own an Italian restaurant in NYC and have for decades and can say this is as good as anything in NYC”. The failure comes from missed opportunities due to our building being too small, our production being limited to X, our own strikeouts. The envy is from competitors and the digs that pervade reviews fostered by their envy; nasty comments from “locals” who are loyal to other restaurants in town; people who quietly follow us on FB yet click “hide this post” or “hide all posts” on positive posts, etc. We see you… The sharks are those who ask questions that are not innocent. Some are competitors, others potential investors, one even offered to buy our sauce recipe and not use it in the United States and called many times. Just last week, I witnessed a guy who was clearly not just a customer rip apart the crust the same way I would when being critical, smell it, then called me over to point out something a layman never could. So, I took his picture with the pizza. No further questions except “can we get a box to go?”. We’ve had three potential investors show genuine interest and here’s the best shark question: “I read all your stuff about the best ingredients, but if I wanted to reproduce this pizza where would I start?”. AYFKM? That question will get you shown the door. I’m a real NY’er born and raised on the streets with rather tough parents. Who asks a question like that? Did he think it would be answered? The good karma we have been shown for our efforts and discretion is indescribable. Flattery came in the form of  the mother of a competitor coming in with the Food Network article saying “don’t tell my son I was here; I just had to taste it”.

So far in this life, I’ve experienced devastating failure, incredible success and everything on the way up, then down, then up again. The perseverance that drives me to put shoes on in the morning comes with a serious set of standards. Don’t bother putting those shoes on unless you are going to swing for the fence every day, remain true to your self and as consistent as humanly possible. Our food is hand made, fresh, with love and a passion that you simply don’t find very often. We look forward to many years making people smile and providing many memorable meals with friends and loved ones.

To our employees, wives, husbands and families of our people, thank you for putting up with, and supporting our sacrifice to be excellent at what we do. #RaiseTheBar

Integrity is innate. You cannot learn it, buy it, find it or steal it. If you know anyone of integrity looking for a great place to work, send them to Antonio’s.