It all started in the late 1800’s with the birth of my Italian Great Grandfathers and Grandmothers as they were the first to emigrate to the United States through Ellis Island: Francesco Guiseppe Scerbo (seems there is a square bearing the same name) who hailed from Marcellinara, Catanzaro, Italy and Guiseppe Campanalonga (also spelled Campanalunga in some places) who hailed from Lacedonia, Avellino Province, Italy. Guiseppe married Leonilda Guancione who is my Great Grandmother. Sadly, I never met Guiseppe or Leonilda. Cannistra and Rinaldi are also family names on this side.  photo courtesy of delcampe.net 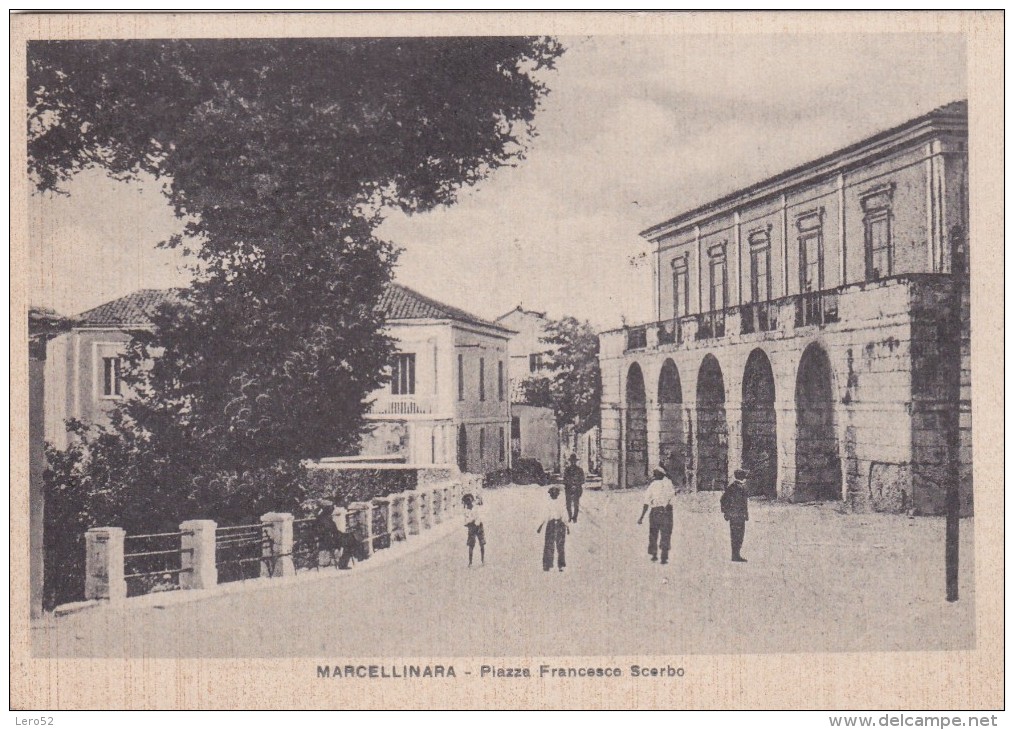 That makes me very Calabrese on one side and Neapolitano on the other. At age 13, Francesco was put on a boat – in steerage or third class, mind you, which arrived at Ellis Island some 6 months later causing his pants to be too short on arrival.. A doctor on the boat and his wife, took him in and insisted they stay in their cabin rather than steerage. He was sent to live with his Father and by age 17, had saved enough money to bring his mother and two siblings over!  By the 1920’s, he had moved to the Bronx then eventually settled in Bay Ridge, Brooklyn buying a brownstone that my great Aunt resides in to this day- in her 90’s! My great grandfather was a furniture craftsman from the time he was a young man and started Frank Scerbo & Sons Custom Furniture where all of his sons and daughters worked for many years. In doing research, I found that one of their catalogs is in the Smithsonian!

Well, it took me many years, but I am finally working with my hands and enjoying it. The old men would be proud. The other side of the family is being researched now and are from Madeira Portugal by way of Trinidad and British Guiana(Guyana today).  My grandmother. a Campanalonga, who passed in 2017 at age 97, was a beautiful blonde/blue-eyed lady whose photos grace the walls of Antonio’s. Her father, Giuseppe was also put on a boat at age 16 headed for New Jersey where some of his great great great grandchildren reside to this day. Sadly, there was only one boy born to Giuseppe and Leonilda who died of Pneumonia at 9 months old, so the Campanalonga name didn’t carry forward. There were five girls, however, all of whom lived into their 80’s and 90’s. What I see in the image below is that almost all of the Campanalongas came from Lacedonia so I am likely related to most of them in the United States. That’s a crazy thought.

Growing up in New York with access to the authentic Italian food of Brooklyn, Queens and Long Island- specifically, pizza, pasta, lasagna, veal parmigiana, chicken marsala, etc., I hadn’t not realized just how lucky we were until moving to Colorado. You want pizza in NY? There are 7 good to excellent pizzerias within a square mile. Long story short, while growing up, every Friday night was pizza night and that pizza came from Mama’s in Copiague, NY starting in 1979 after we moved from Elmont, NY. Prior to that it was Gino’s on Dutch Broadway. As for my grandparents, they grew up with L&B Spumoni Gardens in Bensonhurst and Lombardi’s in Little Italy which was right around the block from our family’s pharmacy back in 1915 on the corner of Broome and Mulberry.

My parents moved us out to Amityville where we began having pizza at Mama’s in Copiague. Since 1979, we’ve enjoyed Tommy’s food. After moving to Colorado in 2006, I started making pizza out of necessity. We had driven from Wyoming to near Pueblo in search of something that reminded us of home. It didn’t exist, so I had to make it.

New York style is NOT Real New York Pizza. There are a few notable pizzerias in Colorado like Boriello Brothers in Colorado Springs and Sully’s Pizza on Colfax in downtown Denver whose recipe was brought from NY by a “Big Mike”, but beyond that, nothing was what my mind expected after nearly 40 years of NY pizza(later I found Big Bill’s in Centennial which is absolutely legit). I cannot tell you how many pizzerias our family visited in Colorado only to walk out hungry because the food was less than sub-par. I won’t name names. What happened next was the purchase of a pizza stone which I cut personally and many iterations as I searched for the holy grail. Remember, pizza is very personal. What I like, someone from Kansas may not. After hundreds of attempts in our home with pizza stones of all kinds, I had honed in on what satisfied my mind’s taste so I shared it with others. When a neighbor – also from NY – screamed from her front door “I LOVE YOU”, I knew that it was close. This is a normally very quiet person who says very little…. but, it wasn’t quite there, yet.

Onward and upward! In 2013, we had a great audience of regulars on the other side of town at our coffee shop and began making pizza in a modest (read: small) oven.

We cranked out many a pizza while introducing locals and people from all over the world to NY sauce(remember, this was a coffee shop, not a pizzeria).

Our first dough balls in 2013 and 2014 were from Costco! Guess where they were made? NEW YORK!

Sauce is key to the pizza’s authenticity and took literally 60-100 iterations to get right. Childhood friend and mentor Chef Chris Gonzalez taught me the basics of sauce, then said “fly!”. 12 years later, it has taken on a life of its own being made with San Marzano tomatoes which are far more Neapolitan than the typical tomatoes used in NY.

Well, it turned out the people liked it and people began ordering whole pies at a coffee shop routinely and the legend was born. Out of the necessity of having real NY pizza, we had created an opportunity. Turns out there was a location on the other side of town that had my name on it, or was about to.

In November of 2014, I signed a lease on a new building suitable to be a pizzeria and hung out a shingle.

You see, this new place had only one oven – a beautiful wood-fired, brick oven that was about to kick our asses. If only we knew… Our original location, 552 W Elkhorn Ave was built by a woman whose vision was incredible- Angie Huffman. She envisioned wood fired Neapolitan pizza and picnics in the park. The oven in the building was her idea. We are thankful for that vision for it allowed us a distinct advantage over the rest of the town- Wood fired everything! When the floods of 2013 hit, she shut down her business and unfortunately the building sat vacant for over a year until I stood up and took the shot. This little building had only 20 seats inside and was 60% kitchen. We renovated it three times, made it as pretty as possible and grew year-over-year for 4 years straight. I remember days early on where there were 30 orders hanging and we had only 6 people to do every job. Then we grew to the point where it took 10 people to run the store. In the summer of 2018, we had 15 people on at dinner and three people outside manning kiosks!

It was insane, yet many reminded us “it’s a great problem to have” We literally outgrew that location in 2016 but it took us two years more to move from 1000 square feet to 6000 square feet. In November of 2018 – four years to the day I signed our original lease – we took our shingle and moved a mile or two down the road.

Our current location is 1560 Big Thompson Ave., Estes Park, CO 80517. With over 150 seats, two fireplaces, a separate bar and two patios, this should be our final destination. Life has taught me to never say never, so I won’t.

We bake our own bread fresh all day, make fresh dough and sauce daily, make fresh mozzarella from curd and know the difference between sauce and gravy. Want a meatball parmigiana hero? No problem. Chicken Cutlet Parm? Absolutely. We don’t have a microwave in the building and our freezer is smaller than the one in your house. What does that mean? Everything is fresh! That’s the secret- fresh, high quality ingredients that people don’t mind paying for. If I had a dollar for every time someone has said “this is the best pizza I’ve ever had” we could have built another building…

In mid-2016, we started making bagels because there is nothing in CO that truly reminds me of a real NY bagel. My guess is there is a bagel business in our future as well.

Over time, it has become a family affair which was never intended.  When taste matters, come to Antonio’s. Thank you for the opportunity.