During the early months of 2017, we experienced growth that looked unsustainable because it was the low season. Turns out it was foreshadowing of the season to come. What were we going to do if it continued? We need a bigger boat and more staff and and and… But first, we had big plans for the building itself. We had an entire wall of windows installed along the river, which, when open, allow both a breeze and the sound of rapids to share your table. These windows combined with new booths that came in a month later made a tremendous impact. Most people who walked in the door said “whoooa, what has changed here?”

These changes weren’t the biggest thing up our sleeve we had another location in the works and not just a location, a drive-thru pizzeria. WHAT? What the hell is a drive-thru pizzeria? Is there even such a thing? Then the questions came: do you prepare the pizza at the other store? How can you cook a pizza in two minutes? What’s the phone number? How dow we order? All preparation is done in the main store, then sent over fresh every day to the drive-thru. The pizza is made to order, stretched by hand, then cooked, when you are speaking it over the speakerbox. But wait, there are slices too? Yes! You can have slice of pizza to go that is ready in 40 seconds? How? Research and development! That’s how! The risk was off-the-chart and meant we would have to send some of our best people to run it and take them away from the main store. So much research went into this concept, to open it with zero advance fanfare only compounded the risk. No Mayor ribbon cutting, no “COMING SOON”, no ads in the paper, menu guide, no flyers, NOTHING. At 1 am on June 1st, I put the sign up alone, in the dark just as I had with SummitView’s coffee sign. “What a surprise these people would have in the morning”, I thought. It was a powerful moment for we began selling pizza out of that location when it was SummitView Coffee, a coffee shop that I built in 2012. The idea that in 5 years – almost to the day – we went from coffee, to a pizzeria on Elkhorn, closing the drive-thru to focus on perfecting pizza, to re-opening the drive-thru as a second location was an overwhelming realization. I sat out front of the store after putting the signs up and smiled, thanking all those who had believed in and supported these crazy ideas. 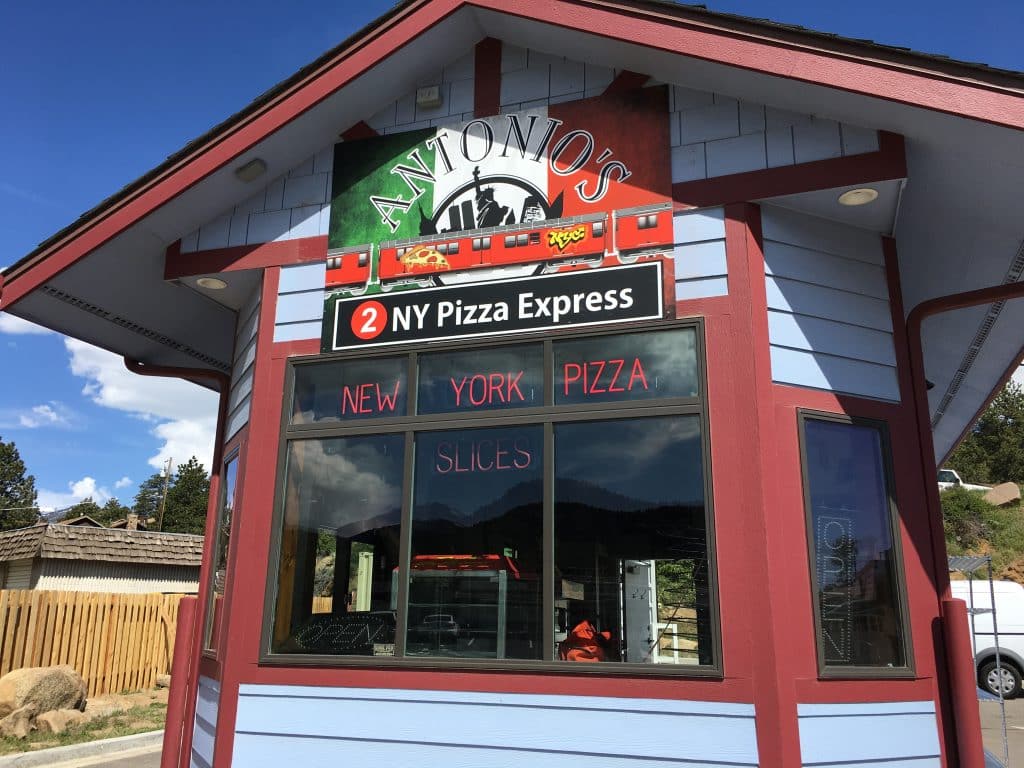 The drive-thru was an instant hit and grew to double my initial goal- in 60 days. Meanwhile, the main store was reaching critical mass, driving up wait times by the beginning of July. Being in unfamiliar territory, I reached out to 12-time World Pizza Champion Tony Gemignani who has 17 stores and could run two in his sleep. He said, “get out here and bring a list of your bottlenecks”. Off to San Francisco with my wife and daughter to see the oracle and what a trip it was. Prior to meeting with Tony, we went to Boudin’s, the oldest continuously run bakery in the USA, only to meet one of the owners who discussed bread making with me at length sharing insights that helped us improve our dough. 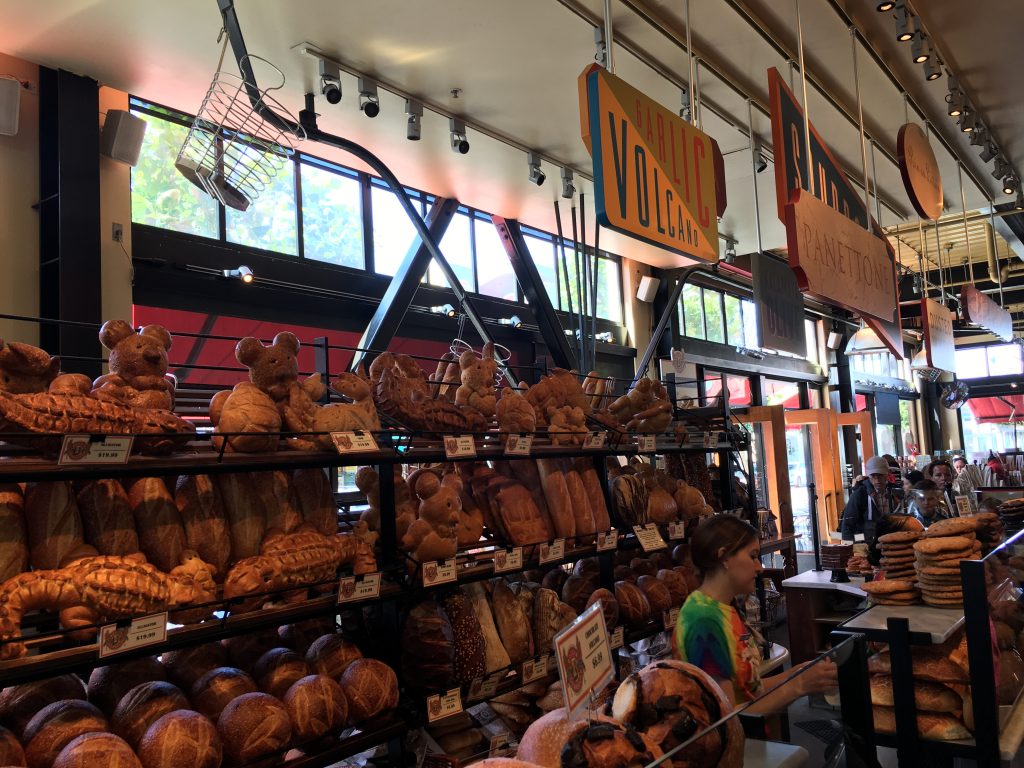 “If you seek, you shall find” was running through my mind. Meeting with Tony again was very different than taking his courses at the Pizza Expo. He asked questions that cut right to the chase, helped me see that we needed more oven temp, perhaps a bigger oven, more expediting area and stronger staff. After getting back and reconfiguring the entire kitchen the very next day, we reduced average wait times by 20 minutes and had our best day ever. 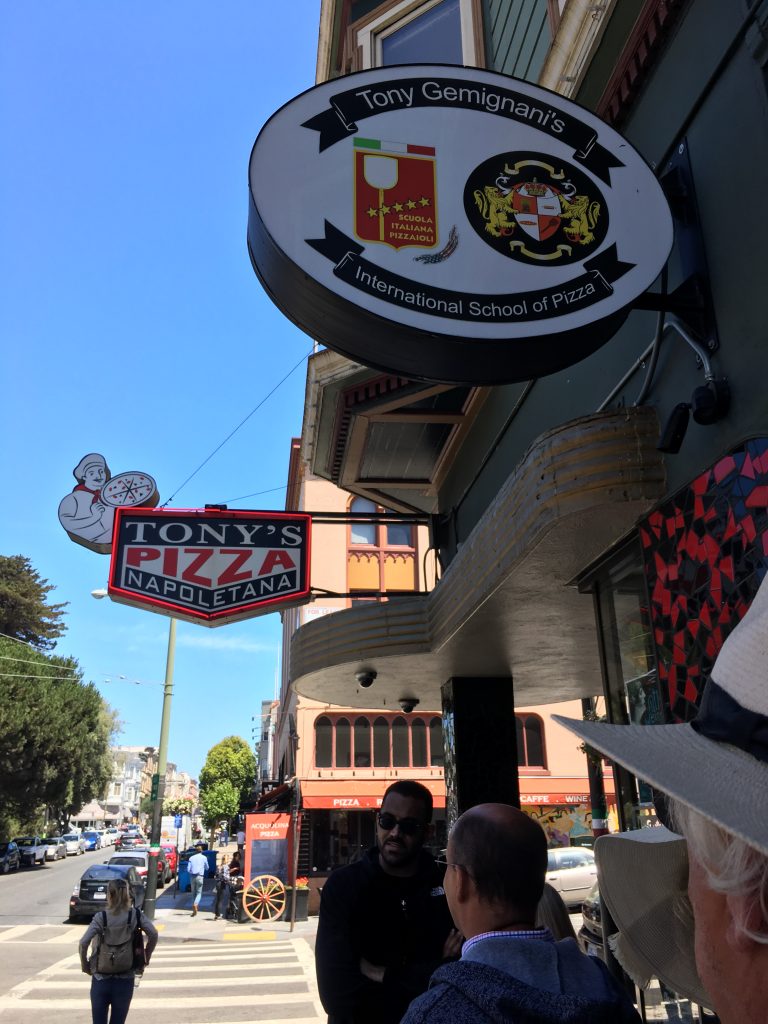 What I must explain at this point, is that it was not all unicorns and puppy dogs, there was turmoil, turnover, trials that tested us all and shook some of the folks who couldn’t make the cut, off the proverbial tree. It also caused people to rise to new levels and take ownership at a level not previously seen. Our core staff absolutely rocked! We have two husband and wife teams and 6 New Yorkers including my daughter. We have worked very hard at creating a family atmosphere and just like family, it’s not always smooth. We are, after-all, human. One of the young men still with us started at age 14 and is now graduating high school. To see him grow and become a man right in front of our eyes was such a blessing. Being able to go off and learn would not be possible with out managers who have my absolute trust and admiration. I do not think twice when they are in charge. Nurture your staff and they will grow. To this end, we sit down with staff every night and have dinner together. Many business owners treat their staff like lepers who shouldn’t be seen much less eat with them(GASP). If you are one of these owners, try treating them like the valued part of your business they are and watch what happens. It doesn’t solve all your problems by any means, but you can learn a lot breaking bread with people. And like Jiro says “in order to make delicious food, you must eat delicious food?”

Towards the end of year 3, a strange thing happened: opportunities were coming to us, we weren’t having to look for them. Four separate building owners approached us about taking over their buildings. This was an absolute honor and the significance not lost on me. I’ve been running businesses for over 20 years and have learned quite a few lessons that came with scars. One of them is “just because you can do something, doesn’t mean you should”. I have to repeat this mantra over and over to keep from making mistakes by biting off more than we can chew.

Lastly, the biggest honor bestowed to-date – bigger than being in magazines or reaching the top of any chart, came in an email from the CEO of the Pizza Expo in Las Vegas. It seems they were looking for a couple of up-and-coming pizzeria owners to come and do a demo, teaching other pizzeria owners, on-stage.  If you’ve been following us since the beginning, you’ll remember the photo of me being on-stage, critiqued as an attendee.  In March 2018, after only three years, I will complete the circle from being an attendee to taking the stage to teach. #standup #taketheshot

Stay tuned in 2018! More big things up our sleeve.